Last night I came across this LOL-worthy status on Aditya’s Wall (not the wall people pee on) and pasted it on my twitter page and Zzzzz’ed! This morning I woke up at my non-regular time, 6:00 AM & do the first thing like I always do (which fyi, is not a pee routine) : check my mobile for messages and calls… &  ._O 20 + messages from those retweets of this pees of tweet. (since my mobile no is linked to my twitter account) And, surprisingly one person had congratulated me for being on the top tweets (On the home page of twitter the top tweets are listed from all over the world) Wow, super cool! After a early morning walk (which was awesome but for the fact I had to walk by walls where

NevaMind ) , here  I am checking out the no of retweets on twitter web:A 100+ !! Wow! Well enough yappa yappa, here’s the one that marks a FIRST on twitter for me : 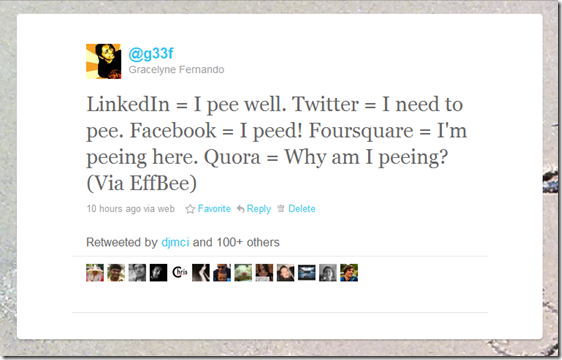 Quora = Why am I peeing? (Via EffBee)

Fellow tweeps & I had a few more to add to that list:

MySpace = listen to me pee.

StumbleUpon = I just found a great place to pee

Orkut : Can we have fraandship over pee?

And Wow, Somebody has translated that to Spanish / German (I’m not sure what)

That’s brings us to the end of what this is. But,  “Will there ever be World Peace?” read on.

Here’s the funny thing about this question: nearly everybody has an opinion, either “yes” or “no” or  “Whatever” or “Not until Rajin Kanth/ Chuck Norris takes over the world”,  But where do all those opinions come from? I say they come from the past. They’re projections of our past war-torn world.

The future HAS NOT HAPPENED YET. .. it’s undefined, undetermined, uncharted. It’s virgin snow, there are no tracks there for us to follow, unless we mistake the past for the future.
So I don’t know if we’ll have world peace ever or not. But I know that as long as we keep taking the past and laying it out into the future, and just following those same old tired tracks again, we’ll keep getting more of the same: war.

“When the power of love overcomes the love for power, the world will know peace.” quoting my good friend Jimi Hendrix there!
YES! I think eventually somewhere someday there will be world peace.

The reason I was pushed to write this post is not the fact I got a 100+ RTs but the realization, that it IS possible. Twitter,you made my day (Well not totally, an hour possibly) 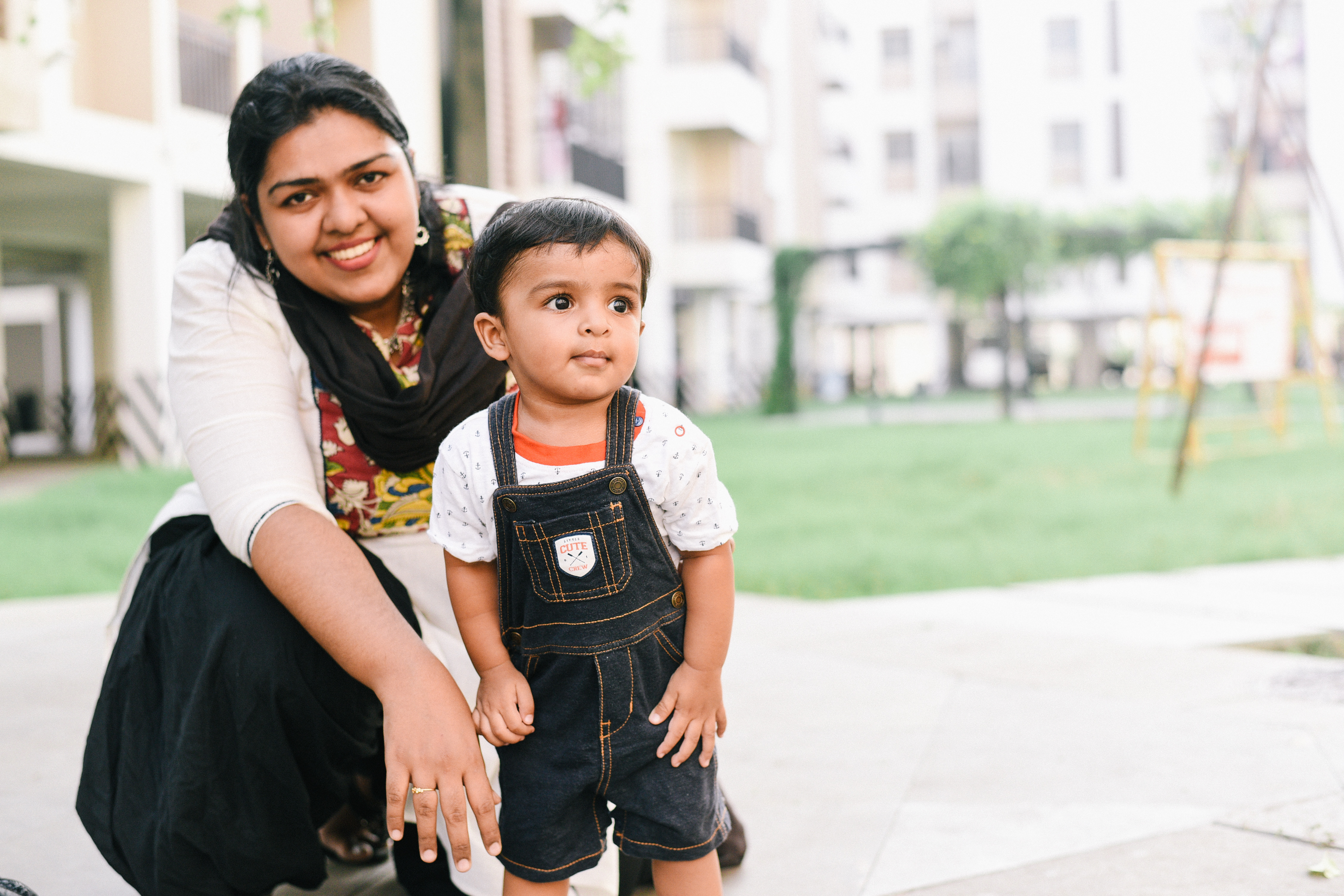